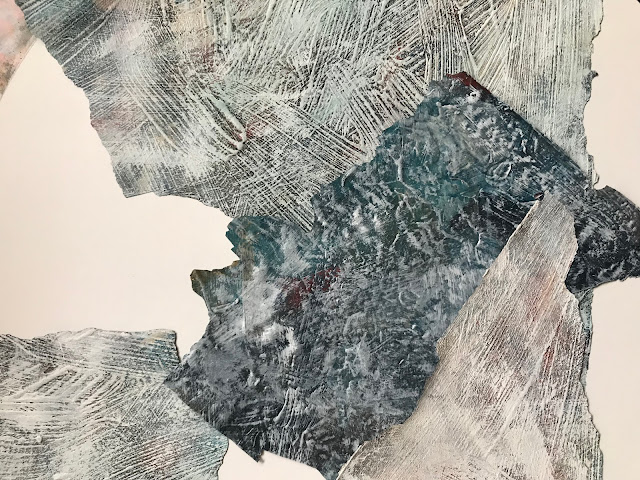 We Live in the Valleys by Annie K. Blake

Uncoupling yourself from a high-demand religion like Mormonism is laborious and traumatic. Every day it seems something will drift ashore--a superstition, a myth, a lie, a belief, a half-truth, a ritual, a prophecy--that begs to be examined and either kept, or tossed (angrily) back out to sea. It's spring cleaning a closet that hasn't ever been maintained--finding the clothes you once wore proudly, wondering why you ever thought they looked good on you in the first place.

This past week I have found ghosts of Mormonism hanging around, reminding me of heritage and heresy. Food storage for one--a prophetic practice requiring obedience pressed by low-grade panic. As a young girl I remember hearing women confessing to and repenting for slacking on their food hoarding duties. Should Jesus come with furor and glory, and there were no cans of corn in your basement pantry you, Mother in Zion, might not make it back with him.

Obedience, I was taught, was the first law of heaven. (Toss!)

But I also remember the day Sister Houston prayed to Heavenly Mother in sacrament meeting. I remember the way my ears burned when she included a female deity in her supplication before the congregation. I remember the stiff awkwardness of the echoing "amens" when she walked from the pulpit to the pew. I was young at that time, maybe eight, but I knew we did not talk of two things as Mormons: our polygamist past, and a Heavenly Mother.

I don't remember being baptized, or confirmed with the Gift of the Holy Ghost as an eight-year-old. I cannot remember much about Mormonism from early on, really. My mind has seemed to sift through old memories and discarded much for lack of space. But Sister Houston praying to Heavenly Mother has remained, emblazoned, a fuzzy tape of imagery I can play when I need to recall. It was an experience I came to see as essential to who I am today.

Today I sat with my children, each of them, alone for an hour just to see them. They told me about their anxieties, they asked me their questions (this is such a confusing time!), they showed me their favorite youtube videos. Some of them cried and asked to be held. One wanted me to sit by while she wrote her feelings down. We read books together, Ender's Game for Anson, Babysitters Club for Ever, Mrs. Piggle Wiggle for Erin (which we finished today, and decided "it wasn't for us") and Junie B. Jones for Iris. (In a time of pandemic aren't we so very glad we have Junie B. Freaking Jones?)

This is one good thing about being quarantined with the rest of the country. And I deeply appreciated it. But as we were cleaning up for the day, a wave of my Mormon past crashed hard against my chest. It was a bout of anger that didn't subside. It swelled and almost took me out entirely. I headed to my room for a some space to hear and decipher the narrative running through my head.

Where is she? The mother? The maternal presence who comforts? The powerful being who rights the wrongs, feeds the hungry, cradles the confused? Was it her that made the earth quake yesterday? Does she allow an entire planet to be sieged by sickness or does she administer the cure? Who is she? Where is she? And why, no matter how long it's been since I've subscribed to dogma, do I always feel like she's there but elusive? As if I miss her.

And I need her.

And that's what washed up on the shore today.