Divinity in the Deli Section 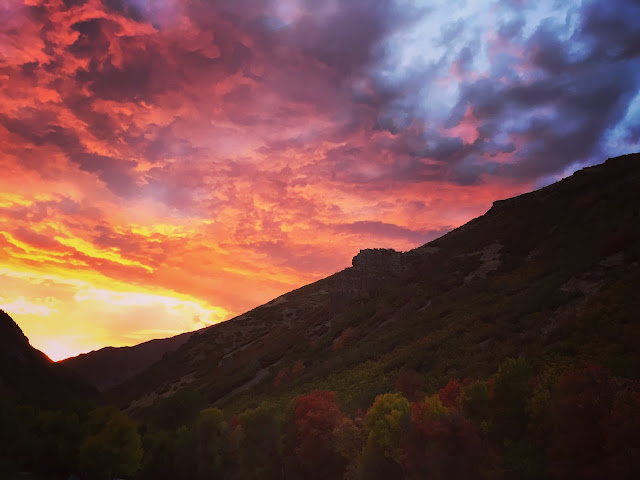 Yesterday I gave a pretty vulnerable interview to a national platform about sexual abuse in patriarchal religions. (I don't know if it will ever air, and I will link to it if it does.) The act of allowing the interviewer to pull some deep roots inside of me was brutal. Just when I think I've conquered my religious-centrist shame, there is always more waiting to be discovered. Even so, I gave my depth willingly (also in a literal sweat as I sat inside our homemade recording booth closet) because it's pretty much all I have to give anymore.

After the interview ended, I slipped over the garden wall to Janna's house next door where she was hanging out with Iris. We went in the backyard and sat in the new October sun while Iris pulled weeds. My dearest friend in the world is also a therapist and lives right next door. Our kids are like siblings and our husbands are also kindred friends. I have always said I know there is a God, because how could this just be luck?

I was reverberating with anxious energy and she allowed me to sit there and talk about what I had experienced. She validated me. She told me her own stories. She thanked me. I asked if I could reciprocate the babysitting by buying her lunch. She turned me down because she wasn't hungry. "I've been eating M&Ms," she told me. I need friends who just sometimes eat M&Ms.

Iris and I went to Costco. It's been weeks since I actually shopped for groceries. We've been doing the eat-quesadillas-and-toast method for awhile. I thought maybe it would ease my nerves to do something mundane.

It was while I was shopping I looked over the aisle to see Janice Allred. Sister Allred was excommunicated from the Mormon church for apostasy--for writing a book about a mother goddess  (Mother in Heaven) who is missing from the church's modern dogma. Because she dared to write about a woman of divinity, and subsequently child abuse in the church, she was rejected from her own beloved religious tradition. When I saw her and I thought about her work, her legacy, the years that she has lived in the same shared pain as mine, I felt flooded with love for her and her courage. I don't know her personally, or I would've probably knelt down there in Costco, in the deli section and wept at her feet.

Shortly after that,  I ran into a childhood friend and neighbor who I have admired all my life. Given my public pronouncements of lately, I am not sure exactly how people will receive me. But she was quick to hug me. "I want you to know I follow you, I support you, I am grateful for you." This was an incredibly validating gift she freely gave to me. We could have done the pleasantries, but she gave me more.

This just at Costco. All in the deli section!

This is when my former Mormon self would testify that God lives! And I don't feel much different from that statement, but this time I would like to say that the Goddess Lives! There is a woman up there, and she sees me, and Janna, Janice and my childhood friend and made it possible for us all to have this moment of sublime feminine solidarity out of our banal lives. And I know I just wrote about breaking up with Everything Being A Sign From A Higher Power school of thought, but I choose to believe all this because it makes my heart hurt just a little less.

Before we left Costco, Iris and I shared an acai bowl (I had to order under my breath because still do this day I mess up the pronunciation). It was pretty good. I liked the blueberries and the granola, and Iris liked the yogurt and the strawberries so between us both we licked the cup clean.


I think that's all I want to say today.
In the name of the Goddess Herself.
Amen.


p.s. for further insight I greatly recommend Joanna Brook's podcast AMERICAN BEAUTY. Parts 3.1 and 3.2 have especially nudged at me, and healed me all the same.