Where My Mission and Motherhood Meet 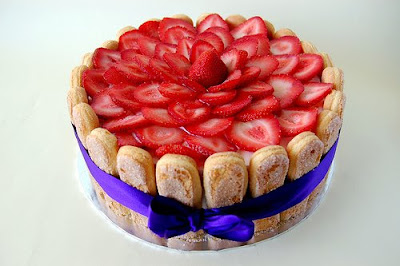 There was this thing on my mission--a saying by Elder Holland--that pressed through my head after a hard day's worth of tracting. In a rah! rah! talk to the missionaries of the world, he referred to the physical labor that comes from sharing the gospel.

I had spent the weeks up to my arrival in Montreal sitting day-after-day in a square, cramped (sometimes smelly . . . Elders!) room learning French mingled with scripture. I gained more pounds than I care to conjure up in my memory at this time. And I am not ashamed to admit that the M.T.C food caused a constant tri-fold attack of bloating, gas and constipation. (Still, I wasn't the source of stench in our district quarters . . . this I promise.)

By the time I was shipped to Quebec City I was out-of-commission as it pertained to the practicalities of sharing the gospel. We walked up-and-down streets called La Pierre or Lola and Le Hockey. Our apartment was positioned on the third floor of a steep-stepped white brick building without an elevator to even tempt me. Every night I found something new on my body to ice or massage. It was literally hard work, sharing the good news with the (unresponsive) Quebecois(e).

By the time I was sanctioned in my last area--a lovely place by a train depot in Charny--I could barely walk due to a duly ignored in-grown toenail. When the pain was horrific, and I thought I'd lose the whole thing to infection, I called the new Mission President. His wife--for some reason called me back--and told me to "go soak it" for awhile "in peroxide" if I could get some.

It did no good.

But as mission miracles tend to unfold, I prayed, practiced a little more faith, even promised to get out of bed more on time-ish, and lo! We found a podiatrist in our small branch whose profession we never knew before. (Count the "p"s in this paragraph and put them in your pocket.)

This good man even took me and my comp to an empty classroom for an assessment (in the chapel) on the very Sunday we discovered his skills. He had in his possession all the tools necessary to do a simple surgery . . . except no sort of numbing mechanism other than a popicle stick for me to bite on. (How very Joseph Smith of me!) It hurt like madness. But darn if the sucker didn't heal itself straight a couple days after the ordeal.

Then there was the shin splints, the insomnia, the extravagant colitis, the nest of never-ending split ends in my hair on my head. It felt like eighteen months of completing a marathon . . . triathlon . . . iron man . . . whatever . . . every single day. And, heaven forgive me, I always fell asleep before I could cap my prayer off with an amen at night.

In the end, I didn't go home on an actual stretcher, but I wasn't ever really into impressing the deacons anyway. At that point I just wanted to sleep, for forty-three years without waking up. I was just so blooming tired. And ugly, but I already wrote that post. My fatigue was so overwhelming that I actually saw specialists. And mind you, I am a hearty woman. (Don't laugh.)

I could go on and on about my mission and all of it's humor (less) nuances, but I really just wrote this post to say that compared to the physical demands of nursing, burping, bouncing and holding a newborn around the unfailing clock makes me look back on my arduous missionary years and think what a friggin piece of (strawberry) cake.

And then I call Chup to massage the part where my distressed neck meets my throbbing head. Which at that point I change my focus to the fact that husbands are so much better than missionary companions.

In so many ways, so to speak.
Email Post