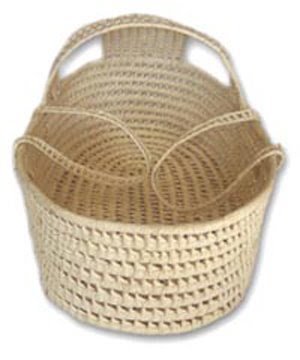 Sometimes I get asked if I ever have blog envy.

I can click on a blog, read a couple posts (or look at pictures) and in a few moments time be reduced to a big, boring, slouch-of-a-lazy-loser. And those thoughts will swim around in my head all day until I have pretty much decided that the author of the blog couldn't possibly be really All That.

She's probably really mean to her husband, I think as I make Chup dinner.

I am in a better place these days since I learned that my blog envy (blenvy---you heard here first folks!) usually comes from reading a blog that emphasizes my insecurities. Like if someone is really good at something I wish I were really good at, like, I don't know, punctuation. Sometimes it's just better of me to leave those types of blogs alone until I can appreciate the blogger and the blog reader (me.)

I know that blenvy is rampant in the motherhood blog circles. I am not there yet, but I am sure that is a new level of the playing field. Just the other day, I was reading a blog of a new mother who had an adorable bassinet for her baby when I was just telling Chup that we should splurge on a Moses basket. Wicker and all! But just knowing that some newborns get a real Victorian bassinet made me feel bad for The Chief to be stuffed in a contraption made out of woven reed. But then I had to remember: MOSES WAS A PROPHET.

When I first started blogging (back in the day when there were seven of us) I encountered my first experience with blenvy. Her name is Kacy and she is the best. Not only was she a wife, mother, the wittiest blogger around, but she also had a teaching career in writing. It was too much. I'd read her posts (and sometimes her archives) and literally foam at the mouth. Funny. Oh so dang funny and contemplative and just perfectly irreverent. And she'd get billions of comments from blog worshipers (male and female) and sometimes other people that I admired. One time I left a comment which caused me so much anxiety (was it clever enough?) that I had gastric pains for a whole afternoon.

Anyway, finally I decided that I should stop reading because it was like being in touch with my failed dream. And just right around that time she became pregnant and was too sick to blog regularly and she went for months without posting. Coincidence? But being well-connected has it's advantages because Kacy happens to be a friend of my brother's from high school. So I asked Christopher and Lisa if they would ask Kacy and her equally amusing husband if they would consider coming to my birthday party last year. Would you believe that they came? We even conversed, and I felt really shy, and like my face was going to melt off, but they came!

This whole experience led me to come to peace with my blenvy. I stopped being jealous and started to be inspired. Ah yes, that feels much better. No need to be hating someone for something that they are talented at of which I am not. Either learn more, I say to myself, or click that little red X button at the top right corner of my screen.

Then I do myself a favor and think of one thing I am good at, like, I don't know, coming up with my own rules of punctuation.