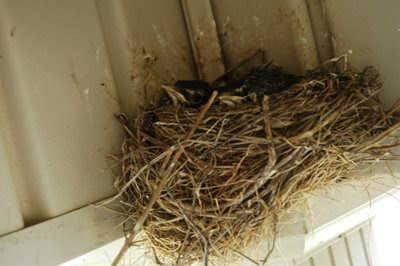 It is no secret that Chup and I are looking to move. I suppose the nesting phase of pregnancy has hit me early, and now I am looking to fly our (cozy)(little)(double-wide) coop. I thank the Universe for giving me this nest, but now I want one with a basement.

Destiny has blown us in the direction of the more established neighborhoods of Provo. With our trusty agent Cory, Chup and I have braved the bad house hunting winter weather season with hopes of finding a flexible house--with room to grow--while pleasing unto the both of us.

This time around the decision has been a painful reminder of the dating experience. You show up on a doorstep with a prayer in your hearts for a second date, or an eventual move-in. It feels funny at first, being in someone else's space trying to decide if you'd like to take over and wondering of compatibility.

Just tonight we visited a couple houses. One was located just blocks from my Grandmother, Brother, Uncle and Parent's houses. The home reminded me of the boy from the neighborhood that my mom always wished I'd date. The background was familiar, I had known the former owners of the home. It was sturdy, surprisingly big with far-reaching views. But having known the house all my life, there were undeniable memories of being in that kitchen and trying to nervously pass off my Articles of Faith and failing. Plus it always smelled of broccoli and it still smells of broccoli.

(By-the-way, are periods supposed to go inside of these parenthesis or outside?)

The second house was brilliant from the outside. Gorgeous porch, huge windows and a mosaic-ed entry way. Inside? Meh. A nice pillar in the great room, a half-hearted remodeled kitchen. Interestingly though, the more we delved into its center it became more of a dungeon than a family dwelling. In the basement we found a terrifying "family" room, what looked like an interrogation room as well as a replica of a cultural-hall kitchen from the early seventies.

Good looking date gone sick. And wrong. And a bitty bit scary too.

The third house . . . well. The third house was a cute little brick home on one of my favorite streets. Brick glass and a circular window out front. Before we stepped through the threshold I prayed that this would be the one. We opened the door to find a gorgeous front room, windows for walls, a dinning room to End All Dinning Rooms. The entire house had been remodeled, every light fixture, knob and tile was done to artistic perfection. On the walls were original paintings of our favorite Utah artist. His art was in the bedrooms, in the hallways, on the landing. Soon I wasn't looking at the structure of the house as much as my personal tour of his Floating People paintings.

"I didn't mean to look, but I saw a piece of mail . . . with his name on it." The word "his" being emphasized to mean that he was indeed, thinking what I was thinking.

"We are in his house." I said-all-amazed.

"Like being in Edie Murphy's house?" Cory was confused.

We went downstairs where I opened the door to his garage-studio.

And then it was over. I just knew that when the Artist and his family moved out, and we moved in, that house would pine for those beautiful paintings for the rest of its existence. The garage would have to go back to being a garage--you know--for an au-to-mo-bile. It was like the date that endlessly talks about his ex-girlfriend who left him for a real maverick from the ritzier side of town.

We would never be enough for this house.

The last home was sent to me by my favorite Mid-Century Modern scout, Azucar-of-the-Pines. The house is set aback from a somewhat busy street. I had driven past it thousands of times in my lifetime and not ever noticed it before. The front is unassuming brick, with a modest carport to the side. We entered through the side door into a gargantuan green room covered with astro turf. A perfect place for The Chief and his eventual big wheel. As we progressed through the house it became apparent that it only ever had one owner, spanning more than fifty years with a style as current as today. The tiled bathrooms were original, the layout had never been remodeled, it was as earnest as the day it was built. The sub-floor was cozy. The upstairs, smart. The house continually surprised us at every turn, until finally we found ourselves in the basement, a recreational room. How awesome is that? I felt like I was home and didn't want to leave.

Smart, surprising, stylish, safe, cozy, recreational, BIG and so perfect for me? Sounds like someone I know.