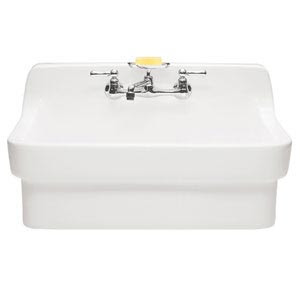 Chup is a jack-of-all-trades. It's really handy having him around (don't get me wrong) but it's hard on my self-esteem sometimes.

Like for instance, all the times when I've tried to use an appliance which won't work, and try as I might the washer will NOT fill up with water and as a last resort I call in my husband who, on the first try, will get that washer to gush with water. Then, while Chup is trying to explain to me why this may have been the case (thinking that mechanical ignorance on my part might be the real problem) the washer will laugh at me behind his back.

Like this:
"So when the sprockets hit the sprikle schism in the shallop driver behind the shiggle shop . . ." Chup explains.
And the washer, "Got you again shorty! Wa wa wa wa wa!"

This sort of thing happens a lot around our house.
The following appliances have been known to pull this prank:
the garden hose
my computer
the toilet
the DVD player (easily the most criminal of the bunch)
the sewing machine
possibly the lawn mower--but I really don't even know because I refuse to mow the lawn for this very reason, so probably yes
the camera
my cellular phone
my car (but the car has since apologized because he's realized that his shenanigans are not helping auto-hypochondriacism, which is most paralyzing.)
And speaking of my self-diagnosed auto-hypochondriacism, it all started when I was a junior in high school when my father bestowed upon me his old Audi to drive, which would inexplicably stall in the middle of busy intersections, even though it was an automatic. This would cause such trauma to my nervous system, that I have been scarred, deeply. My father, thinking it was a ploy to get a convertible rabbit (you wanted one too) would take the Audi on test drives, where of course the car would function like a dream. Finally he took it to a certified mechanic who would test drive it at random times during the day. "He even woke-up at three am this morning to test drive the car, and still, it has not stalled once." My dad explained to me at dinner.

"Oh no! Not the kitchen sink!" I exclaimed to Ralphy yesterday morning. I love the kitchen sink. We really have the best relationship, she provides the most powerful water pressure, cleans up well and drains like a visiting teaching trip to the needy lady down the street.

The sink looked sick, all slathered in slimy food and gray mucky water. It was very hard for me to see it look so near-death. I took it upon me to resuscitate the sink myself, as I was alone, and I ran to retrieve the plunger.

"Oh dear heavens, please not now!" I fought with fate, "Not when I need the sink so much!" But the water didn't budge.
"CLEAR!" I shouted as I flipped on the disposal, hoping electrical power would jump the sink's heart.

Then I plunged some more, so much so that even now, twenty-four hours later, my arms are exceedingly sore and every stroke of the keyboard is a painful memory. But I need to tell my story, so I endure.

I sent a rapid text to Chup.
Sink is on the fritz (phone didn't recognize "fritz") will need you STAT.

I knew that when Chup arrived the sink would be revived in one--maybe two--of his plunges and then I'd get the lecture on the Workings of a Kitchen Sink Series: Part One.

But the sink did not drain for him either. It was almost thrilling for me to experience this new sensation (not-with-standing the despair I felt for the sink.) I sat on the bar stool eating chips dipped in black beans while watched his every move. Finally after using buckets, rubber gloves, towels, a hose and much bum crack, the sink was alive again.

Chup examined the contents of the once-constipated pipe.
"No more apple peels." He said to me.

Why? Because the apple peels were Chup's.

And then the kitchen sink winked at me.