What You Get For Waiting So Long 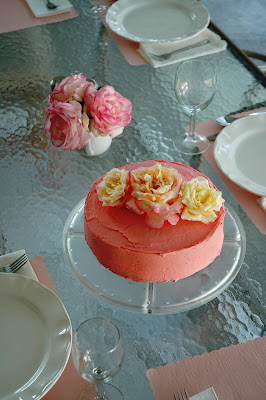 Jenny, we were sure, was never going to have a baby. She told us on many occasion that babies just weren't her forte. As her friends, we never stopped hoping that Jenny would change her mind. She was the first of us to marry, the first to finish her degree in nursing, and the only one who went back for a second degree (interior design.) After that, we told her nothing better accessorizes a family room than a baby.

Jenny moved to Las Vegas. Perhaps the dry wind of a sweltering valley melted her heart. After a decade of marriage, trips to aid lepers in India dabbled with vacations in the Hawaiian islands she declared that her biological clock had caught up to her. Nine months later she was pregnant! 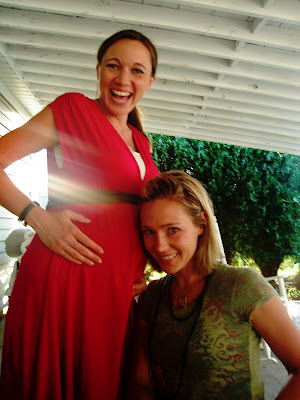 A shaft of light, Jenny and Haley

On Friday night all of us friends got together for a celebration chez moi. Jenny is a fabulous pregnant mama. There was a lot of patting her belly and exclamations of happiness. We ate salads, bean dip and garlic rubbed bread. We had peach sparkling cider, Provo sugar cookies and fruit. A few after-dinner conversations later I brought out the cake. . . 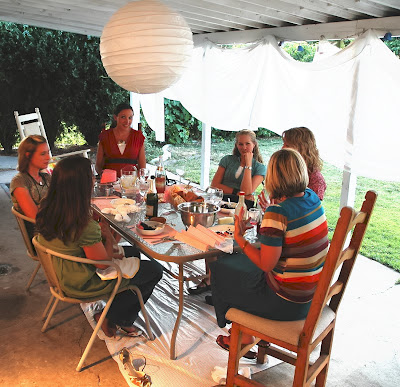 Anne, Haley, Jenny, Ashley, Amber and Yours Truly
. . .a dark chocolate, fudge delight with pink buttercream frosting that Azucar improved the night before. Azucar also frosted the cake and added a tich of Page's apricot jam. I went to Lucy's garden that morning and picked her fullest roses, which I sugared and topped on the cake. When I brought it out to the dinner on the porch, I asked my friends to cheer loudly, which they did. Which is what friends do. You know.

I hope that Jenny's little in-utero daughter had some of that cake and thought "Oh, oh, oh I love this!" She deserves it . . . she's been waiting for so long.

Congratulations Chu! We love you!

P.S. Just to make your mouth water, when Azucar came over the other night she brought ~J and this: 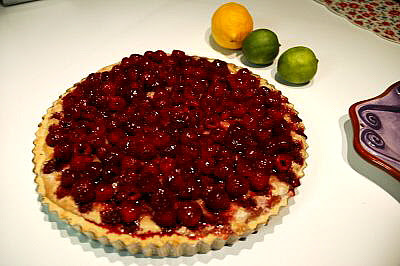 And yes, it was orgasmic.
Email Post
Labels: Dinner