Not All of Them . . .Just The Ornery Ones 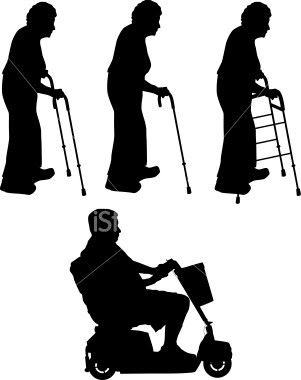 So yesterday's post was all about the love and happiness and this post is how an ornery senior cit yelled at me when I took Ralph swimming today.

Ralph loves this little abandoned waterhole off the trail by Utah Lake. There isn't much around, except for a curvy little bike trail, over-grown willows and an occasional snake. Today was especially hot and Ralph splashed around in the pond like a hopped up toddler at Seven Peaks. A lazy duck nearby squawked and got out of his way. The cattle in the distance where lulling. Everything was dandy until two ornery Senior Citz (husband and wife I assume) drove by v-e-r-y-s-l-o-w-l-y on their low-rider beater bikes and obvious sun hats.

"You get your dog out of there right now!"She screeched at me with squinted eyes.

"Your dog is chasing them waterfowl." She accused.

"Get your dog out of that water before I call the Natural Wildlife Federation."

Senior Citz thinks I am a playa.

"Get your dog out of there now! It is against the law!"

I got it. She is threatening to tattletale on me, she wants me to be miserable (like unto herself?) and it feels so third grade. My face turns red and my heart beats like it did whenever I was wronged at recess so many years ago. And suddenly I am c jane-Captain Third Grader!

With hands on my hips --shifted slightly to the left--and in my best soprano voice I belted out in song,

Then with a swoop of energy, I ran in the opposite direction of the ornery senior citz, as if they were going to chase me all over the playground. The humor of the situation hit me whilst in my escape and I couldn't help but laugh and heave at the same time. When I had enough courage, I turned around to see the backs of the ornery senior citz still on their bikes traveling at the speed of ice.

I got to my car without a scratch. I thought about what I'd say to the Natural Wildlife Federation if they were to come knocking on my door. I would explain to them that unfortunately I didn't really have much time to read their law book like some people do. And, I'd reassure them that had the ornery Senior Citz kindly explain this horrific law that Ralph and I were so gleefully breaking, I would've complied.

On the way home, I remembered the news the other night. There was a story about a city that decided to turn volunteer citizens into "Police Helpers". Anyone could receive sixty hours of "police training", a white car with a single yellow siren and a couple nights of patrolling around with a partner. Essentially there was no action involved, just a radio so that if something were amiss, like I don't know, a dog not on a leash in an abandoned field, they could call the real police for back-up.

I thought it sounded perfect for the late-teens or early twenties crowd who might like to be down with the beat. Then they showed the actual volunteer line-up. "Let's meet the volunteer force!" the reporter said.

It was one intimidating crew, I'll tell you what.

But lesson learned. That city is really onto something. If old age makes you a natural tattletale, then why not put it to good use? Why not drive around with a yellow lighted siren and a partner who couldn't hear it even if it were to go off? Especially if you are the type of Senior Cit who is going to tell everyone--in no kind terms--what they are doing wrong at any unwelcomed opportunity. Good for you, Captain Senior Cit! I say!

And just before I end this post I just want to say one more thing. Nie got hit by an ornery Senior Cit, female, in Days Thriftway parking lot last year. After Nie screamed bloody horror, the lady got out of her car absolutely livid that Nie would have the gall to be in the wrong place at the wrong time.
And that just makes me all exhausted. So if you love ornery Senior Citz love them enough for the both of us. Please.
Email Post
Labels: Another Story About Ralph