A Day In the Life of Your Mom: Gossip Edition

When Your Mom wrote me and practically begged that I give some Guest Blogger time to a woman on the other side of menopause, I had no choice but to let her post. She was so happy to hear the good news that she sent out a telegram. She would have called but she can't figure which is the remote and which is the cordless phone. And e-mail is too complicated.

Of course, you already knew that, seeing how she is Your Mom.
Thanks Your Mom for being the Guest Blogger today! 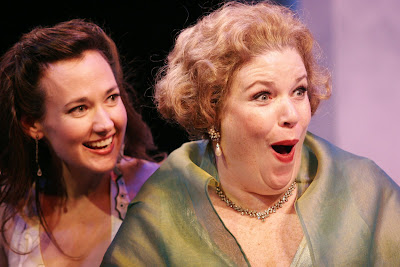 Well, I am so excited to get to be a guest blogger today! Even though I cannot work the computer! Oh, jeepers. I always press the wrong buttons! I am just hoping c jane knows how to do this. One thing, though, is that I’m a really great typist. I’ve had more compliments about my typing than I even dare share with you. Really, typing is such a breeze. I learned it all in my high school class, as I was prepping for a career as a secretary. (I didn’t even know there were more options available to me….no one told me I could be a nurse or an airline stewardess!) Typing is just mind over matter. If you know where the home keys are, you can just let your fingers do the walking. Of course, you wouldn’t know this, since you spend most of your time just watching the television.

So yesterday I got together with a bunch of the gals for lunch. As usual, we went down to the Marie Calendar’s. Let’s see, who was there…..well, Linda was, and so was Barbara, and Peggy, Sandra, and Diane. Oh, and I almost forgot, Janine was there, too. (She came late, though. “Hot flash?” – some excuse!)

So I don’t want to gossip or be a busybody, because that is NOT my nature. But I thought I would catch you up on all the latest with those gals. And I certainly hope this computer doesn’t erase anything before I finish! (Just my luck!)

Linda is looking great. She’s lost all that weight with Jenny and I was happy to see her having a little salad. I was really worried about her cholesterol. (Ring a bell???) Last time I saw her was at little ’s farewell, and I definitely thought she had seen thinner days. I’m not judging her, lest I be judged. But she just looked really hefty and it takes a friend to say that. Anyway, my point is that she’s looking so svelte these days, and I guess she’s not emotionally eating anymore. She looks so great that she actually made me feel fat sitting next to her! (just kidding!)

Barbara had so much to tell us about her life. It was really fascinating to listen to her. I just adore Barbara and I think everyone enjoyed hearing her tell about all these fancy trips she takes and about how beautiful and accomplished her children are (even though one got pregnant in high school, which she didn’t mention.) I didn’t get as much time to talk about my kids, because Barbara took up a lot of time. You know what, though? I didn’t mind! What Barbara had to say was much more important, even though I didn’t get to tell a few of my classic funny stories.

I haven’t seen Peggy since, oh, golly, yesterday! (Just a joke) Peggy and I speed walk every morning down to the mall. Peggy has a velour walking outfit that I really admire. It is sort of emerald green with maroon stripes and it says “Go Getter!” on it. She ordered it through Talbot’s online. I’m dying to order one myself, but I am not good with email. With my luck I’d press all the wrong buttons and order me a pair of pumps instead! That’s my luck with the computer! Anyway, Peggy is doing great, and she looks really jazzy in that outfit. I just wish she could afford some better walking shoes (Monty is between jobs) but we all have priorities. She decided to spend more on the outfit and less on the shoes. Of course, that’s better than some people I know who spend all their money on videogames and fast food!!!!! (Ring a bell???)

Sandra and Diane are basically joined at the hip, so I’ll talk about them together. I think Sandra has basically had it with Diane. Imagine having a grown up daughter living in your basement and who doesn’t offer to pay a cent. (Oh, wait, I don’t have to imagine! Ring a bell???) Diane just can’t seem to catch a man. Even with that cute short haircut! She spends all of her time at Home Depot and collects glass animal figurines. Kooky hobbies, but whatever floats your boat! She didn’t talk through the entire lunch, until the end, when she asked Sandra if she could go home and play her favorite Indigo Girls record on the Victrola. Sandra was patient with her, even though you can tell she’s really pooped. She’s such a doll, Sandra. So busy selling magazine subscriptions and going to the DAR meetings.

Anyway, finally to Judy. She just had her chest done and it was completely unnecessary. Does she think it’s going to help her self-esteem? I’ll stick with my teeth whiteners, thank you very much. That’s all I need to feel on top of the world. Who cares if my bosoms look like socks with raisins in them? It’s how I feel on the inside that counts.

So, there’s my report. It really was a fun lunch. Now, how do I put pictures on this thing? Let’s see….oh, I’m too scared to touch any of these buttons....maybe if I….oh, shoot, I’m going to delete it, I just know it!