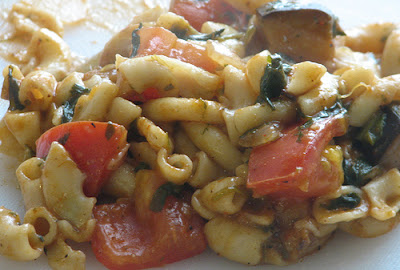 Note to self: pasta makes me sad.

Perhaps my Norwegian ancestors had a feud with a Northern Italian family somewhere in the 11th century. (Vikings were unkind as they say...) I assume this because, Italian food-- once consumed in my body--does not mix well with the DNA in my blood. I feel depressed and somewhat sleepy. No doubt the Italians used pasta to lure my ancestors into the country to take skewed perspective pictures pushing the Tower of Pisa. And this, my genetically incapable stomach, is their revenge.

(Though, I cannot complain against a fully loaded creme cannoli, first introduced to me in Montreal by a man named Carlo. Soeur Jewels and I lived in St. Leonard, Montreal's Little Italy and had a splendid time exploring the unique culture of French-Italian Canada. Carlo asked for a Book of Mormon,via a commercial, that we delivered in the park one day. We asked him to read a verse, which he did complaining the whole time that he felt as though he had just stepped off the Mayflower. Then Soeur Jewels said a prayer and called him "Tony", to which Carlo butted in and said "Forgive her Lord. Forgive her." To her credit, he was almost the only man we had met not named Tony. As the story goes, one day Carlo took us to a cannoli shop and suddenly my mission was improved twenty-fold. Mistakenly though, I did not lock my heart and fell in love with Carlo as much as the cannoli, and that my amici, is a story for another time.)

Last evening I made a bowl of Barilla Whole Wheat Elbow Pasta (I recommend) to be consumed with a touch of my garlic vinaigrette and a slight drizzle ("slight drizzle"I love it) of sharp cheddar while watching Anthony Bourdain in Puerto Rico. I love him (though not in love with him) as does Azucar, though not Rachel Ray (but who cares?) I was having a good time, swigging Perrier and laughing along with his incredibly smooth awkwardness. In the third segment Anthony rents a jeep and searches in the jungle for the Chupacabra.

And that was when the pasta made me sad.

My own Chupacabra left after breakfast for a day of filming in Salt Lake. I never mind when Chup is off filming, but he left me that morning with a lump in my throat. I was fine all day though, and carried on like a lonely soldier. But the pasta made it worse (it makes everything worse) when Anthony finally had his last fried pork rind (eaten orgasmically on the side of the road) I was jonesing for a good cry.

Late last night when Chup arrived home he found me curled up on the couch. He sat down next to me, took off his shoes and woke me up. I looked at him and felt the release. Then the cry came! It came! Big fat tears! And sobbing! Oh the sobbing! Sweet emotional purging!

"Ahh" said Chup, "and I had Chuck-A-Rama." He confessed. "Let us call it a night before I start crying too."

And that is what we did.
Email Post
Labels: Dinner