This Little Piggie Went To The Market 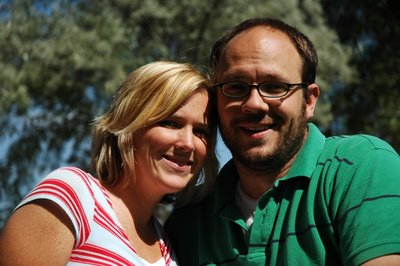 Chup and I decided to kiss the summer good-bye on Saturday by driving to and from Idaho. Grandma K turned 90 and subsequently celebrated 70 years of being married to Grandpa K. They chose to have their party in a park called Register Rock, being considerate of the fact that they have children scattered all over the Gem State and RR seems central to everyone involved. (Except us, our travel time exceeded 3 hours, both ways, and RR is, believe me, in the middle of absolutely NO WHERE CLOSE TO ANYTHING ESPECIALLY A SUPER TARGET.)
It isn't hard to convince me, if Grandma K's Idahoed Potato salad is involved I would ride a pig to the party to Pocatello. And I don't mean a hog as in a Harley, I mean a fat 4-H pig. The source of your bacon this morning Zuckerman!
Which reminds me, Aunt Marnie told me that her school district doesn't start school until after the Twin Falls County Fair and that's because the excitement is too much for the kids to be in school. That, my friends, is how life should be-- the County Fair, then Christmas, then Birthdays, then Weddings, then other life changing events.
Anyway, Chupa and I had the best time on our 1-day road trip. We stopped by our favorite Army Supply store namely Smith & Edwards, where Chup stocks up on glue sticks and Super Blow Pops which are like 100 for $1. I saw a guy with like 10 army helmets in his cart and I wondered what one man would do with like 10 army helmets then he noticed I was staring and gave me a smile, like I know what your thinking little girl! and I felt funny.
We stopped in Brigham City for a little pre-lunch and cranberry lemonades. Chupstar was in a movie called Brigham City. Some have described that movie with this word: chilling (exclamation mark.)
I claim control of the I-Pod cause I heart gadgets and Chup says I do a sweet job at picking out songs. Whenever we get around some town that starts with an M near the border I always play "All These Things That I've Done" by the Killers because it's nice to sing "I've got soul but I'm not a soldier" and think about the guy with the army helmets at Smith & Edwards.
When we finally got to Register Rock, which could be the closest place on earth that resembles a foreign and unyet named planet, I dig into the potato salad before dishing out my welcoming hugs.
Grandma and Grandpa K sit on lawn chairs and eat fried chicken with spaghetti salad. I feel warmy in my heart to see them. Later, over homemade strawberry ice cream, they thank us for coming up to see them on this occasion.
I asked Ringo, my fancy father-in-law, to take this photo of the Chuppie and me. I wanted a picture to remind me of the day we drove to Idaho and back together.
After we said our good-byes we got in the car and started for home. I find Chup's favorite Red House Painter's song and we laugh like 12 year olds...