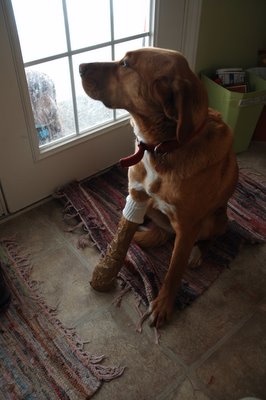 Last Friday night Christopher and I stayed up late to do "research" which is a term that actors use to make you think that their job is hard and entails work, rather than showing up on shooting day, going to the make-up trailer and grazing off the crafty table in the back.

Christopher would never in his existence of-which-I-am-graced-with use the word "research" and so here I use it as a word that I find fun to say and especially on a blog, my blog because I will never in my existence of-which-the-world-is-graced-with become an actress. I tried it in the 5th grade, fell in love with the leading boy (Tom Sawyer) who did not fall in love with me back, which put a firm end to my love affair with the theater. Many have asked if it was my inward 5th grader who first fell in love with Christopher and who also feels redeemed in having married an actor. To which I say What? I don't know! That sounds like Freud or something! Good Gravy!

The research was to view films made by a director that CK is going to be working with in the next couple months. They are essentially documentaries of Amazing Survivals! Like two men go hiking on a remote island off of New Zealand when one of them gets crushed alive (is that possible?) under a boulder and the other one has to somehow find help because the boulder isn't going anywhere. You know stories like that? CK is going to be playing a person who gets hurt while his brother has to find help.

We stayed up really late talking about that situation and what we would do. CK got out a Lego guy and a little miniature penguin to show me how we could repel and tow the line and belay and jump over choke rocks in a single bound. Though our spontaneous Family Home Evening lesson on survival made me feel a little better, I still couldn't sleep. Over and over I wondered, would I rather be the person who is hurt and can't carry on, or the person who has to run ahead and get help. Being hurt is disadvantageous I know, but the pressure of having to save the day! Really, it's a toss up!

Can you believe this?
The very next morning we awoke early to walk the dogs. Since Christopher was with me I decided to try a new trail that wound around the lake, past some No Trespassing Signs and on to a dike. It was gorgeous out and I think we made it in time to see the Great Bird Migration of 2006. The dogs were daring each other, breaking through the ice and swimming as far as CK could throw things. We walked out farther than I had anticipated, but it was most enjoyable. Finally a frozen Duch came to shore and we noticed she was bleeding from her paw.
Blood.
And lots of it.
The snow around her body was a color I had never seen before...so red that it seemed unnatural. Upon examination, Christopher could see that she had sliced her paw open, into an artery and around her foot. She couldn't walk or blood would burst out and soil the snow in a matter of seconds. (I am frowning as I type this -and feeling light headed -maybe I should stop...no I will carry on! In honor of The Chuchoriffic!)

The time had come. One of us needed to run and pick up the car to drive to the trail head while the other stayed behind to nurse Duchess and her blood letting. The car was miles away by now and we were all alone. Christopher cut the lining out of his jacket (he didn't like it anyway...) using his stainless steel pocket knife to rip up strips for a make-shift bandage. Meanwhile I had mustered enough courage to make the run of my life. I gave The Chuch and CK perhaps one last kiss, and started for the car. Ralphy came with me the whole way. Miles and miles we ran. My heart was pounding, breath stalling and for some reason I had forgotten to wear a bra that morning. (Suddenly this story got much more interesting...no?)

It was rough...we could've lost her. Christopher was worried. But how is that for first-hand research? You couldn't do any better! When CK is looking for some "motivation" (which is another actor term) next month when they start shooting, he'll be able to think about this day and drudge up all sorts of intense emotions.

Meanwhile this experience resulted in some research of my own. First, I am out of shape. Second, if needs be, I could be the person that saves the day! And third, running braless isn't as bad as you would expect -sorta freeing if you know what I mean.

GET WELL SOON CHUCH!
(Please post your get well wishes here and I will be sure that Duchess gets them. Also if you want to nominate me for herodom you may do that here as well. I will forward all nominations to whom it may concern...perhaps my mom on the city council...still researching...)
Email Post