Get Out The French Dictionary Charles! 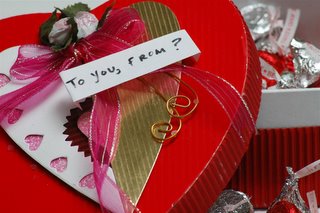 Don’t worry about being alone on February 14th because here is the bottom line: romanticism is all about being alone. And perhaps lonely. But definitely celibataire-(that is French, for you who like German).
I say, the most romantic relationship is when one dates their imagination.
You remember that I have been to Paris on Valentines Day, standing on the Eiffle Tower watching the sun melt?

Good thing my creativity was bigger than that moment.
(And what, MaeBelle, could be bigger than the Eiffle on St. Valentines Day?)
A gentleman, the perfect sum of all the best from my past. Nestled in the crook of his arm. The Moulin Rouge winking. The Seine waving back. And as it gets dark, we leave the tower and walk to the steps of Sacre Coeur-for a different view. A crepe with Nutella, from a street vendor.
Is that an accordion I hear?
My imagination gets everything right.
Yours does too. Does it not?
And again, last year I was in New York City on St. Valentines Day with Christopher galaxies away (it seemed) Creativity found me to be dripping wet in the warm rain (of course) surprised to see Christopher emerging from the subway with roses and Pure Chocolate from 54th Street. Somewhere in SoHo...
And then, a kiss!

It would never happen that way Maebelle, because after the kiss there would be a remarks about like "That was over the top!" or “Honey –people are staring –stop!” There would be no sacredness to that moment. I just can't tell him to do that, like that. We can't rehearse it. No... such moments are better left to spontaneity, not calculation.
Or, if at all, to the imagination.
But Maebelle, think of those poets! The moments of unrequited love that birthed masterpieces!
To think, Emily Dickinson was alone when she wrote:
“Come Slowly Eden
Lips unused to thee…”
You know the rest. (I can’t type much further –the distraction 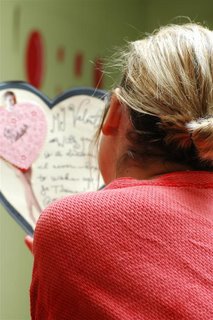 And if you must know, Maebelle my friend, since I now have a Valentine (here in the flesh) I still resolve to invite my imagination into my life.
This may mean that my love will be Christopher the Japanese businessman who wants an American Geisha (me).
Or Christopher The Captain of the O Ye Fearsome Red Bearded Band Of Bathed Pirates looking for a young miss (me) to sacrifice to an ancient God of the Maritime.
Or Christopher the Scottish Poet who calls (me) his "Bonnie Lass" and talks about my locks of gold cloaked in red.
I don't know, we (Imagination and I) really haven't decided yet.

Have you Maebelle? We only have a few short hours…