A La Perhaps To Dream 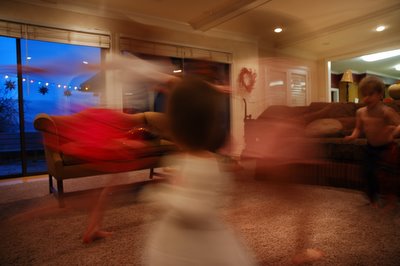 Is there anything better than people sleep-talking? Christopher talked in his sleep last night. Hearing someone doing as much is so funny it's like a little treat for being human.

(I don't mean people who pretend to do it for attention, like Doiley used to do at sleep-overs when we were fourteen.) I mean the genuine, absurd comments from a person who is feeling something, in some other state.

Warning: One of the punishments for being human is having to hear people recount dreams. Then I was at church, but like it wasn't church, it was my boyfriend's house but he wasn't home so I took off my shoes and I had like these huge purple spots on my feet and I saw ghosts running around his living room and then I like, started screaming...

But sleep-talking, like I said, there is a treat!

Christopher doesn't sleep-talk much, rather, I do it much more frequently. However, my advantage is that I remember what was said, and he doesn't.

One night he said:

"This is the last pad in the compound...and it's mine!"

Just to clear his name, Christopher does not use pads in his daily life, nor does he visit compounds a la David Koresh. Also, he is rarely selfish, except last night I found out that he was hoarding chocolate chip cookies in his room even though I was begging for a treat Sunday night. But whatever. He said they were for his Deacons.

I don't mean to hold you in suspension forever, so here is what he said, looking straight at me:

He is making a gun shape with his hands a la Charlie's Angels, and pressing his nose with the tip. I don't get the idea that he thinks he's any action hero, more like he's emphatically thinking.
At this point I am not sure if he is on earth with me or what so I ask:

And he replies a very strong:

So I venture the obvious:

To which he replies:

"That your mom is really a man."

Now I know he must be asleep cause he wouldn't talk about my mama that way. Not unless he was looking for a slap up side the head. Heck yeah! No one talks about my mama like that, dog.
Email Post