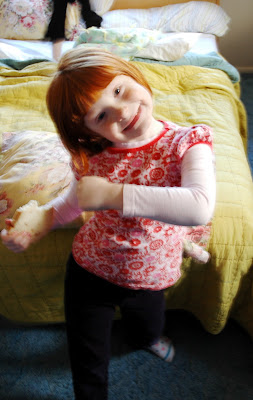 Tonight as I was saying good nights to the girls Jane asked me one of her leading questions.

Jane: Court-ney? When are you going to be spicy again?

Jane: You know when you lived in your house in that neighborhood and you and Chup were spicy?

Me (squinted eyes, confusy look): What?

She points to a poppy painting I did for my kitchen in our last home. It is called red bubbles, I think I have a photo. Yes here it is: 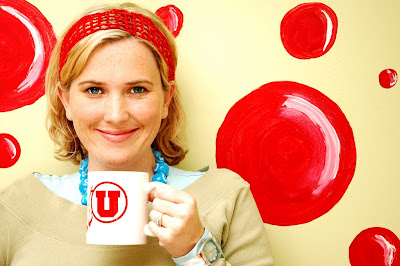 And just then I knew very well what she was yapping about.

I used to decorate obsessively. Besides my veganism (I tried) it was my lovely, undisciplined outlet in my former life. We had a small home and I painted it inside cloudy blue, the exact color of when the sky thinks about raining. Then, to add to the dramatics (or spice, I guess) I chose a dark gray for our bedroom, the color of a thunderstorm threat. Now that I think about it, my house was like the insides of Ceaser's Palace. But God fearing. You see what I mean. 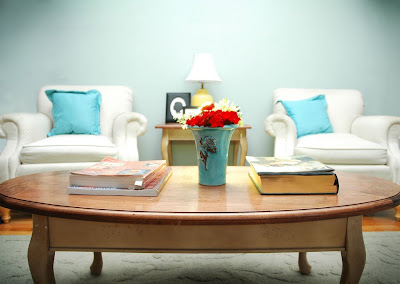 And because I am my mother's daughter, it was my daily mission to improve some little space in my home everyday. No surface went without a pillow. Pillows! My, my I love pillows! And more exclamation marks just to prove my point!!!

But the last few weeks as Stephanie gets better I feel myself returning to my old ways. I feel an itch to start again, though there is a hot pride in me that says, "You don't need a beautiful house to feel validated." Which is so true that it forces me to believe that it is untrue. If you think long enough, that sentence will make sense.

Today I was discussing my living room with Azucar. We had so many things to talk about, but all I wanted was to hear her ideas about my couches. (And I wanted her French macaroons: 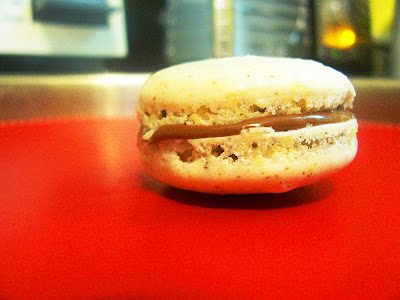 which she so kindly delivered. If they were the last thing I ever ate, I would not regret my life.) So we talked couches and I felt a little bit better. A little more me.

But it wasn't until Jane asked me when I was going to get my spice back that I realized what I've been missing. Spice, creativity, projects and color. Indeed.

I told Chup about this exchange as we took a drive to see Christmas lights. We discussed our spice levels (after all Jane included him in the question too) and came up with some solutions. Maybe an installment on my blog called "Recreating Retro House." I don't know, but the conversation made him hungry and we ended up getting late night fish tacos.