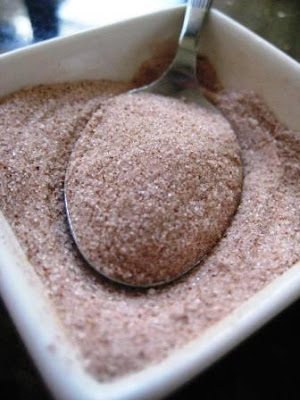 Yesterday morning, after the girls were off to school, I made myself some toast. With The Chief balanced on my hip, I buttered my hot toast and took advantage of the bowl of sugar and spice next to the toaster. It was a perfect slice of homemade carbohydrate lathered in butter and simmered in spice.

Just as I was about to eat my joy . . . just about to initiate a glorious digestion . . . just about to arouse the taste buds in my mouth, The Chief grabbed my desired toast and stuffed the piece in his mouth, top crust first. As if he had been starving for the last six months of his life, and this was the only chance to survive his horrid deprivation. Which in turn hurt my chest's feelings.

I was shocked. I had never seen my baby so decisive or crafty. Over the past few weeks we had introduced foods to our baby starting with the obligatory Gerber. The Chief has a personal protest against canned baby foods. He simply won't open his mouth. But when I tried pumpkin he demanded more. Then there was his obsession with hummus. And black beans. As of today, cinnamon toast. Crunch.

(Like all of those gone before me, I had to say good bye to the sweet, smelling baby diapers. That is a sad process. From yeast to yuck.)

As he had his way with my toast I called Lucy to see how she was fairing. Later that afternoon she'd find out the gender of her uteran tenant. She seemed fine, not nervous at all, which was foreign to me. When I went to the sex-telling ultrasound for The Chief I nearly watched my nerves unravel and spill out my sides. But that was because I didn't want a boy. I know, how China of me.

So all day long I thought about pink or blue and how The Chief stole my sprinkled toast with such violence. Two things to think about as I went about my business. When the late afternoon arrived Lucy came with it. Smiling. Black-and-white photos of her placenta were presented for proof. After viewing them, I understood The Chief's immediacy.

It seems, sugar and spice are all the rage these days.
Email Post
Labels: Ma Famille