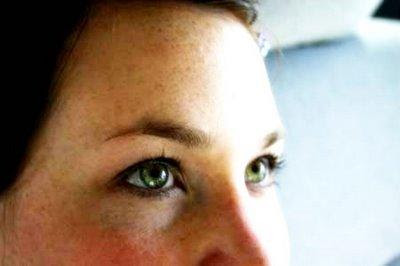 Last Thursday I left for Arizona. My little sister, it was reported, was talking. Slowly talking.

When I was allowed into her room her eyes were closed due to a grafting surgery. In the four days I was there she never saw me. Just heard my voice.

And that was all I could think of to say.

My head became crowded with thoughts. Her thoughts. About waking up and finding that she has been asleep for over two months. Motherhood paused, her children had been living, growing, surviving without her physical nurturing. Wife of another burn victim, her husband visits in a back brace and bandages. Her worried mother comes as often as visitors are allowed. The blog she had tended to for the past three years is now being read all over the world and by a-much-expanded audience. She woke up to being a newly-founded celebrity raised up by fellow bloggers. How many thank you notes would cover the massive amount of service given to her family? Would she ever get to meet all of the seekers who sought out her faith after learning of her story? Waking up to a new body with different color and texture. Short hair after she'd worked so hard to grow for the past few years. An image she won't recognize when she looks in the mirror for the first time. The lingering memories of a traumatic experience, which took the life of her good friend Doug.

"I love you too." She replied.

I have never known the heaviness that I have felt the past few days. It weighs upon your heart and never leaves your soul. Though I have prayed for it to leave, I have come to understand that this is part of the process. Sometimes there is nothing to do but feel the depths of humanity. And I can't even begin to imagine those who will feel it much deeper than I do now.

But, God is with us. Eventually He will help us carry this and lighten our heavy in due time. We believe in better times. We believe in eternal happiness. We know that an atonement was made and all is not lost. It is times like these where faith is more valuable than anything in this world. This is how we become more like our Father in Heaven.

Stephanie knows this too, and she will be fine. That is the amazing aspect of faith. When you allow for hope to grow in your heart you find that peace takes root and is not easily destroyed. She knows. Christian knows. Doug's family knows. We know.

On my last day in her room I told her that I had to leave for the airport soon.

So much has been done for my sister. You've donated, fund-raised, sent cards and packages. You've read our stories, fasted and sincerely prayed. But today, will you just know that she loves you? You. You. You.

Then be glad to know that you've allowed for Stephanie to have one thing she has spent her lifetime trying to cultivate, a God-given gift that the flames didn't touch: her grace.
Email Post
Labels: Nie My Sister