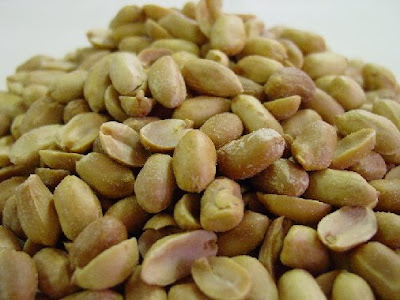 When I got sick this week I was alone. Chup had a business trip in Florida. (Florida, hi. I despise you. I kinda wish you didn't exist. You and New Jersey.) I called Page for a leg rub and The Councilwoman for her token bottles of Recharge. After they left, I kept my hope at Chup's arrival later in the week. His return would be salvation. Then I'd see to it that all would be well at Retro House. Then, I would start the healing.

And so there was no relief in his homecoming. He went upstairs and wallowed in bed while I juggled The Chief just like I had been doing before. Still sick. Meanwhile my house simmered to shambles and my plants started to go crisp. It hurt to water (yes, that much).

I am quite sure that I wasn't as sick as I thought I was. At some point my sleep deprivation (not because of a sleepless baby, just my condition) caused a major hallucination and I started to think I was a feminist who didn't see the merits of my situation. Husband cozy in bed upstairs, wife groggily nursing baby downstairs.

With a huff and a hunger I went to reheat some curry in the kitchen. That is when, in my dull day dreaming state and baby-balancing, I spilled peanut curry all over the carpeted-kitchen floor.

"I told him that I wanted a tile floor. A TILE FLOOR!" I sobbed hoping Chup could hear me as I rubbed the tight-woven carpet free of curry-stains. The Chief, now banished to his hated you're-ignoring-me swing bellowed even louder.

"I told you I hated this swing. I HATE IT!" He seemed to echo.

Just as this dramatic scene was boiling into a real plot, Chup appeared with his hands on his hips, chest a-front, looking like a readied Super Hero.

"Go upstairs and get into bed." He said pointing down at me with his thunderous voice. I looked up at him through two askew pieces of hair from my feeble hands-and-knees position on the floor. I said not a word, but held my fingers to my face as I hurried on my way to my awaiting bed.

I collapsed onto the mattress like it was a summer swimming pool. After sliding around, trying out multiple positions, I finally settled into a pillow-hugging-leg-stretching-stomach-lying arrangement and soon I was sleeping.

And I dreamt. I dreamt I was at a bar in Europe. I sat at the counter with my head looking up at a dismal tv screen which was playing obscure British sitcoms. I ate peanuts, drank water and laughed until I nearly choked. The bar would occasionally serve in big groups of patrons who joined me in my trance-like state, saying things like "Bloody good comedy this!" or "That was more funny than seven funny things!" And sometimes it was just me and a white-wash-cloth-toting-bartender who twisted his head occasionally to see what I was laughing at. But mostly I just sat there--sat there--until the bar finally closed.

It was one of the best dreams I've ever had.
Email Post
Labels: I Need A Hero