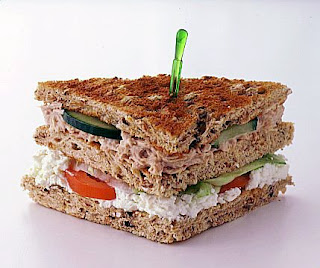 This afternoon I got a call from Lucy.

"I made you a sandwich. Tuna with tomatoes."

I love a tomato-and-tuna sandwich, so much so that I drove across town to devour it. I went all the way down to Bulldog Ave, up to Grandview Hill and out on the South Point where Ric's jewelry shop is located. There, under an inspiring panoramic veranda did I dine with Lucy, Ric and Ric's Papa. Tuna never tasted so good.

At the risk of enduring ten thousands "Haven't you had that baby yet?" I have deemed myself quarantined from most of society. I am so blessed to have a multitude of loved ones who love me and await the arrival of His Honor the Grand Chief. Only, all that energy is hard to swallow. And so it is that I choose to feel their love while staying quiet in basement rooms of Retro House.

But I will reappear for tuna, I guess.

Once I arrived at the lunch date I was greeted by Ric's Papa and a hearty "Oh, you don't look that pregnant to me. You could still go two more months!" Bingo! That put me in the best of moods. A complete remodel from current comments. But even better, he allowed me to eat my lunch while he told story after story of tales ranging from the sharing of chilled pineapple with strangers to what to do in Milwaukee on a Harley to the exact location of Bluebell, Utah (who knew?)

I hardly had to say a word the entire lunch.

Do you know how wonderful that was?

I could completely focus on something other than me and my thoughts on The Impending. It was pure entertainment accompanied by food and a glass of liquid and frozen aqua (or, in other words, a cup of ice). I could've kissed the man, but instead I ate a lot of guacamole-flavored chips and sometimes asked follow up questions. Like in his story about how he conned some guys into giving him a breakfast burrito I asked "What was in the breakfast burrito?" to which he replied "Scrambled eggs, bacon and some pico" to which I followed up with "No potatoes?" to which he answered "No" to which I thought in my head, What a dying shame.

My thanks to Lucy for the tuna sandwich and Ric for sharing his Papa this afternoon. It was worth the unexpected travel plans.

Do you feel like talking about yourself? My comments are open. Feast.
Email Post
Labels: I Need A Hero Lunch