On The Eve of Girls Camp 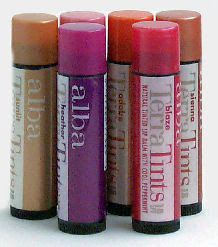 Do you ever wish you knew yourself better?
I do.
All the time.

Today I found myself at the Good Earth store in a desperate attempt to find my-not just my- the world's greatest chapstick Alba Terra Tints when I ran most literally head on with KT one of my favorite young women in the ward. She was shopping for gifts for her Girls Camp "Secret Sister" (A Secret Sister is another person at camp for whom you secretly deliver little presents to throughout the week.)

"You aren't supposed to see me here!" She said hiding her face in her hands as if that would spell invisibility.

She was shopping for me. I was her "Secret Sister." And she knew that I liked to buy things "earthy" and "organic"which explained her excursion to Good Earth. And who should she run into but the very person she was shopping for in the first place. But KT, clever KT, improvised and made the most out of the situation.

"Could you help me?" She linked her arms in mine and escorted me to the soy milk aisle. "Which brand of soy milk do you think Sister K likes best?"

I eyed up and down the wall of soy milk. "Uhhh." I responded.

I was Sister K and even I didn't know which brand I preferred.

Finally I pointed to a box of Vanilla Dream and KT plucked from the shelf and hid it away in her arms, once again trying to be as discrete as possible.

"And what if Sister K wanted some cereal to go with the soy milk?" She asked again earnestly.

"Sister K likes granola." I suggested unsure of myself.

And we were off again to the granola bins where I somehow picked out the apple cinnamon after a serious and prayerful two minute time period.

"Thanks for helping me." KT smiled and stepped over to the cashier.

I do have people in my life that seem to know me better than I know myself and I think that is a gift. KT knew to shop for me at Good Earth, I thought that was pretty keen. Friends all the time tell me things that aren't self-evident...but now that you bring it up...

Sometimes I just wish that I knew this me-person better.
And I'd love to elaborate, but that is just it.
At least I know what chapstick is best for me.
That's a start.

What do you know about yourself?
Email Post
Labels: Breakfast