And That Is When I Think, The Anguish Is Darn Well Worth It (revised) 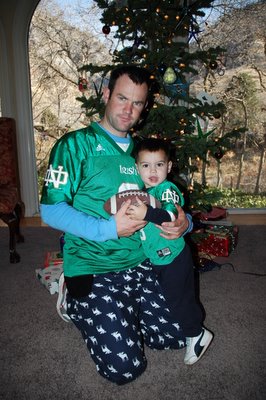 Yesterday I went on a walk with my unbelievable genetics gorgeous sister-in-law Lindsay and her even more unbelievable genetics how-did-my-brother-have-such-beautiful-children? Lydia 3, and Jesse 23 months, and our dogs Ozzy and Ralphy (who we occasionally call Skippy and Wilford respectively.) After the kids were reassured that Ralph was not going to consume them whole, and spit out the bones, they found great pleasure finding and throwing, albeit two feet, sticks to Ralph. The Dog Whose Divine Destiny Is To Retrieve And Swim. And Repeat.
At one point on the trail both dogs came flying out of some bushes, cutting us off, and almost tackling Jesse in his Buzz Lightyear shoes. Lindsay is still in shock that she has allowed her own man-child to wear shoes that light-up upon contact with the pavement.
"I just never thought I was going to be one of those moms. To me, those shoes are very nerdy. At least I don't allow him to wear them to church." Lindsay wears orange Kangaroos.
As the dogs continued down the trail at Infinity And Beyond! pace. Jesse stopped, looked up at his mom and asked the age old question,
"Mom, who let the dogs out? Who? Who?"
And then his huge genetically defying I-am-not-just-saying-this-because-he-is-my-nephew smirk. Even he knew that he was just too cute.
Not getting pregnant when I snap my fingers (that is how you get pregnant...right?) has been incredibly hard at times, but when I have moments like those, out on the river trail, I think to myself,
One day it's going to be so worth it.
Email Post